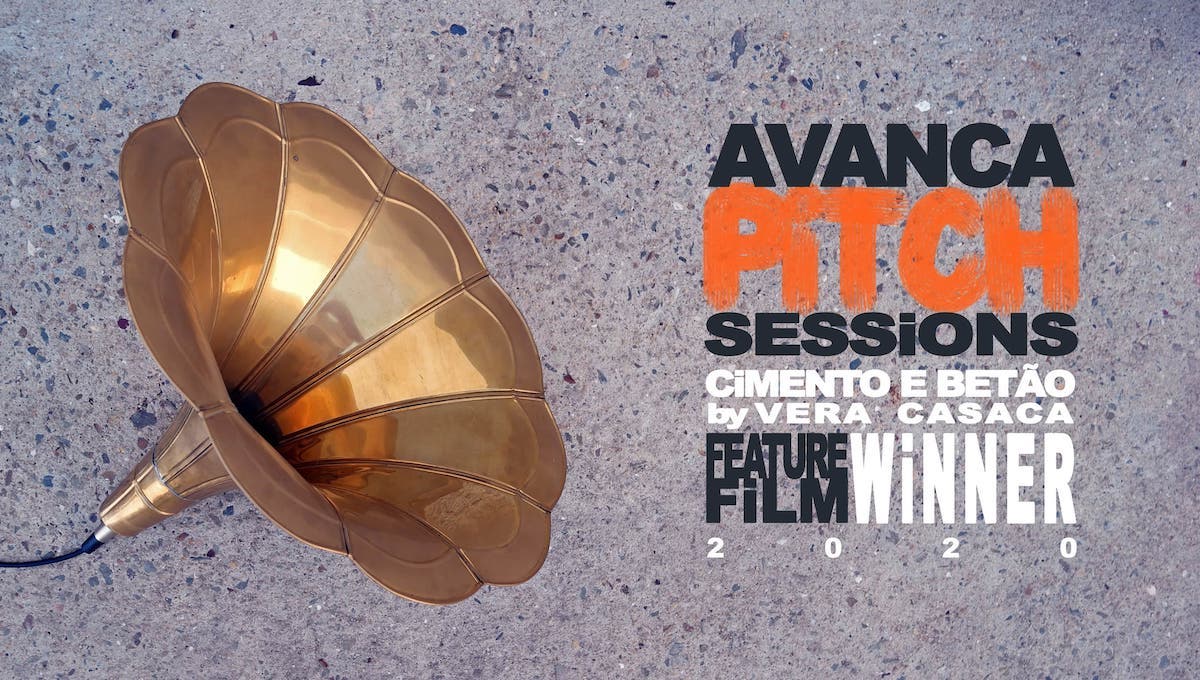 Competing against 60 participants, in the total of the Short and Feature sections, Vera Casaca was one of the 5 finalists selected for the Feature section and, after presenting her Pitch, on July 23rd, she learned yesterday that she was the winner of this award.

Vera Casaca, born in Fuseta, is a teacher at ETIC_Algarve, in the Directing, Film and TV course and has already written and directed the short film “On the Phone with God” and more recently “If Poirot Were Here”, having also participated, as a screenwriter, in the comedy “Portugal is not for Sale”.

More than enough reasons for a short conversation with our trainer, who has conquered her place in this area with hard work, dedication, and pleasure.

ETIC_Algarve: First of all, congratulations for the Avanca Pitch Sessions award at the Avanca Film Festival, with the feature film “Cimento e Betão”. What is “Cement and Concrete”?

Vera Casaca: Thank you. “Cimento e Betão” is a proposal for a film, based on a short story that I wrote recently and that will be published in a few days in the book “Antologia de Contos do Algarve”. In this story we follow the comic and tragic journey of the most famous Portuguese painter and her unbridled ambition and thirst for fame.

ETIC_Algarve: Tell us a bit about the Avanca Film Festival and how was it to participate in the Avanca Pitch Sessions, with the opportunity that you were given to do a workshop with Rui Pedro Tendinha, along with 14 other participants from 7 countries?

Vera Casaca: Avanca, for those who are not familiar, belongs to the district of Aveiro. Its International Festival already has 24 years of life and is a wonderful meeting point for those who love cinema. Besides being able to see films, Avanca presents a series of activities, workshops, and this year it launched this wonderful initiative of “Avanca Pitch Sessions”. I decided to take a chance, and when I was selected, along with the other nominees, we were able to do two workshops with Rui Tendinha. It was very useful for us to better prepare the individual Pitches to the Jury. Rui is at the “top of the game” of national and international cinema, he is an inexhaustible source of knowledge and his tips were very valuable..

ETIC_Algarve: What was your first thought when you received the news that your feature film had been the winner and in what way this distinction will “accelerate” its making?

Vera Casaca: At first none… I was silent for a few minutes, then I had tears, but I cry when I get nervous. The project is in an embryonic phase and this help from Avanca is significant because they are going to provide us with pre, post and production cinematography services and specialized consulting. However it is good to remember that from writing to actually starting filming these processes take a long time, especially when we are dealing with large-scale projects, so I’m taking it easy.

ETIC_Algarve: Being a trainer at ETIC_Algarve, how do you see the participation, either as an audience, or as a director/producer presenting a film in competition, in this kind of festivals for those who are still learning the craft?

Vera Casaca: Crucial. You learn a lot when you go to festivals and screenings. You see new things, experience other types of cinema, and meet new people – this is essential for anyone who wants to work in this medium. But, of course, it also depends on your personal interest and professional ambition.

ETIC_Algarve: After this experience, what message do you want to transmit to the etic_algarve community, in particular to the students of the Directing, Film and TV course?

Vera Casaca: That opportunities don’t just come knocking on our door, we have to look for them ourselves, work for it, and have a lot of courage to take risks: know how to accept rejections and enter without fear when the doors open a little.